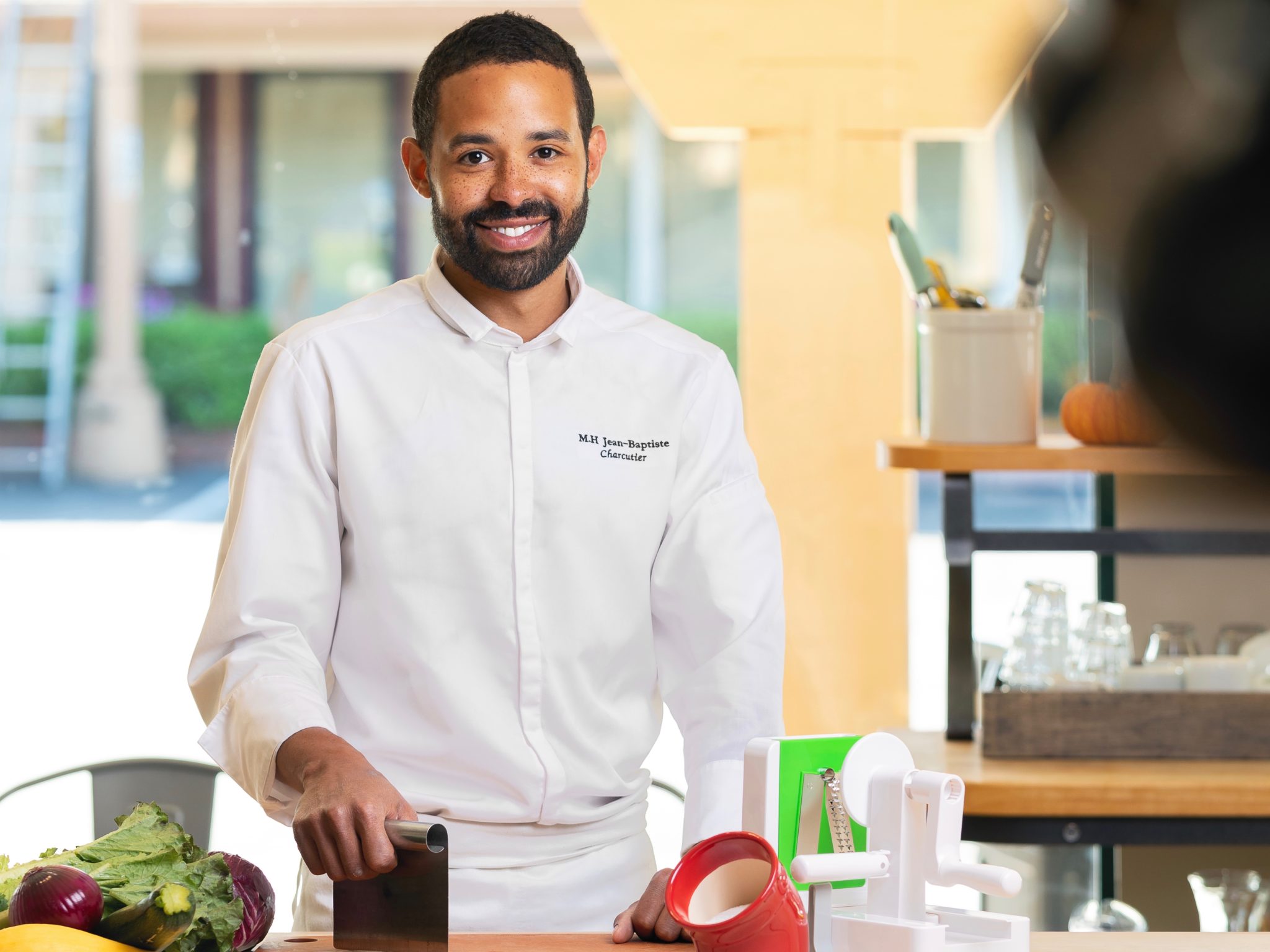 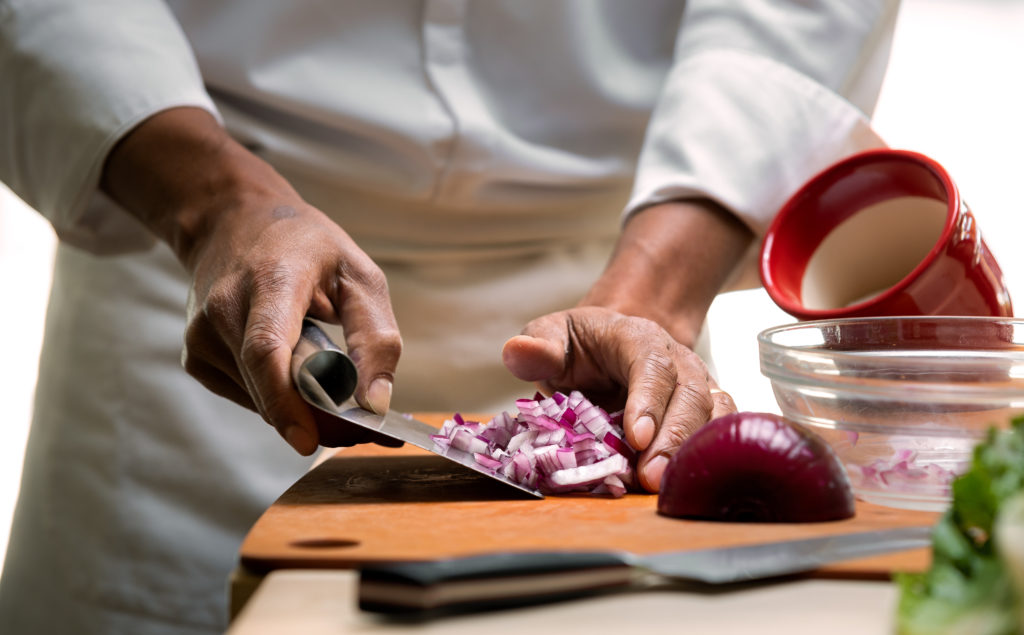 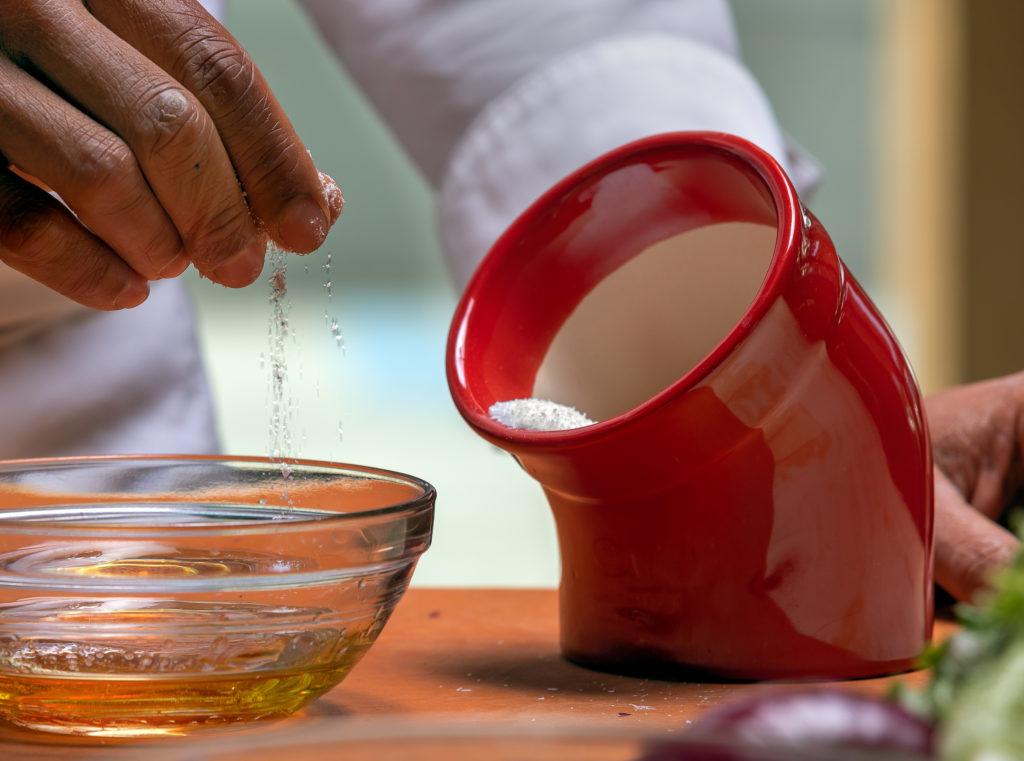 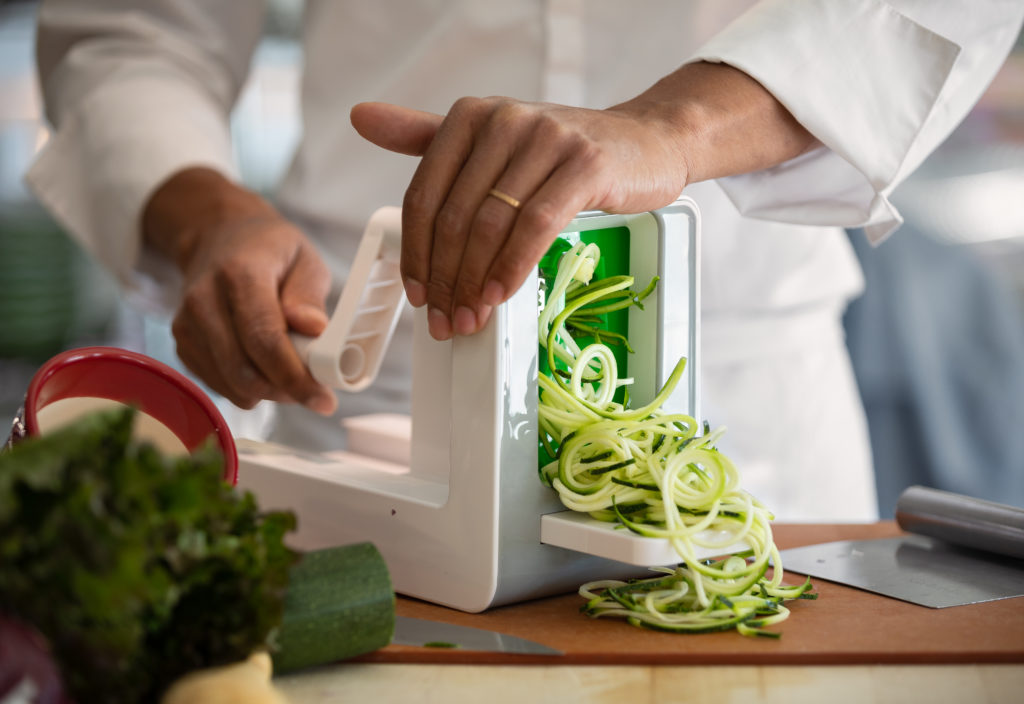 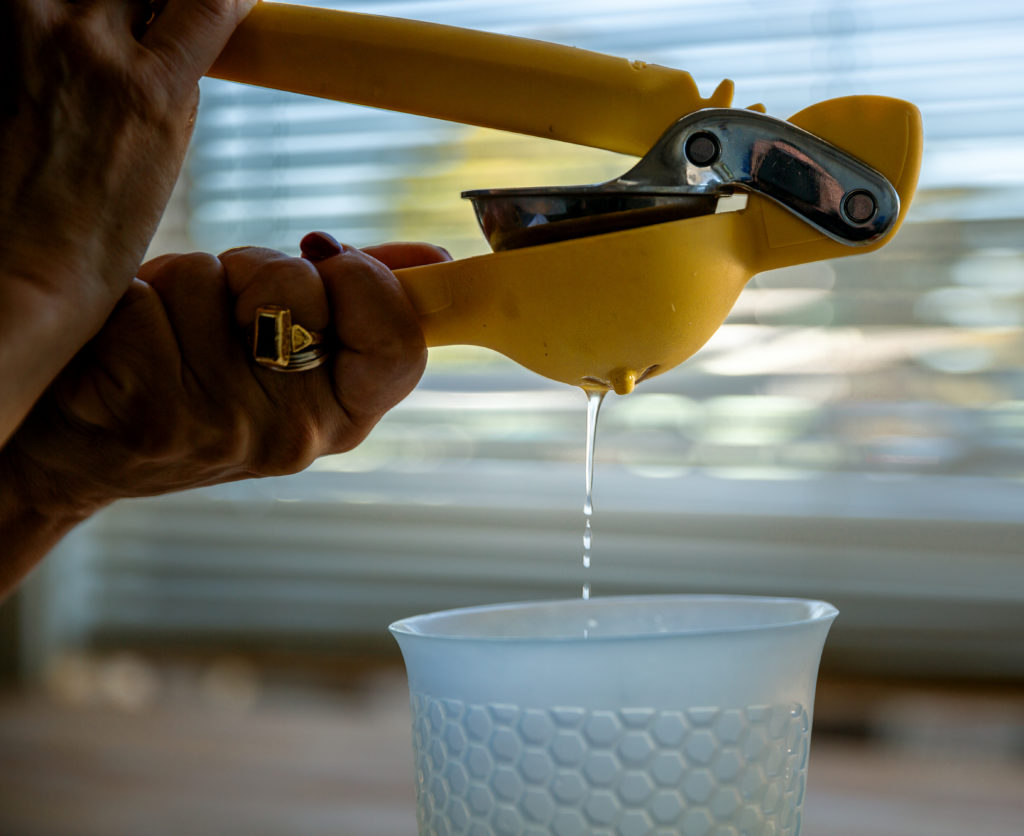 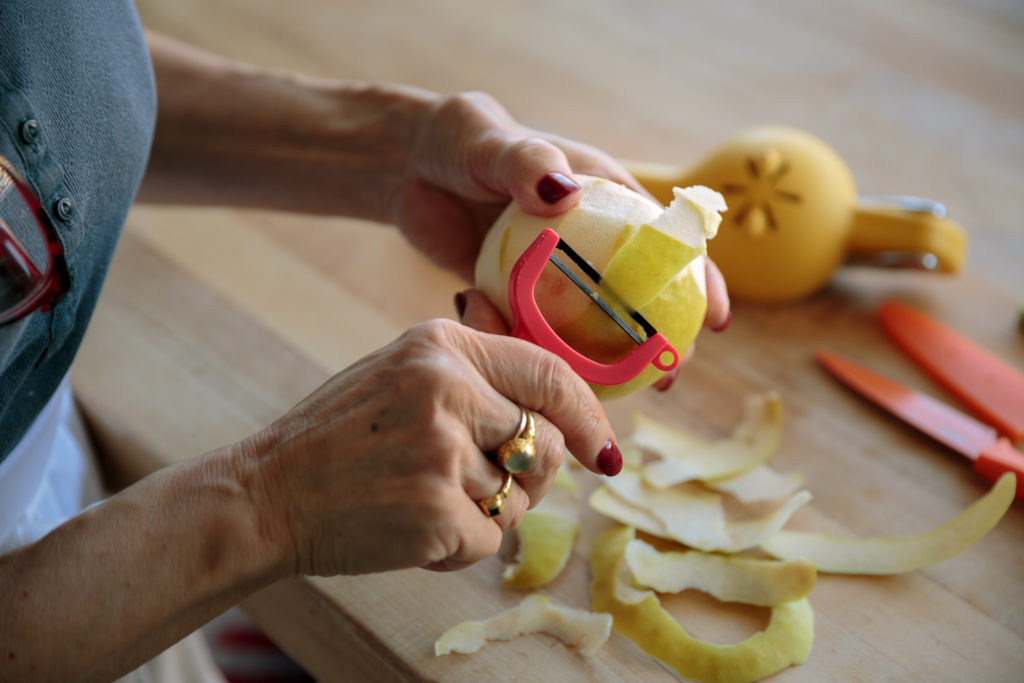 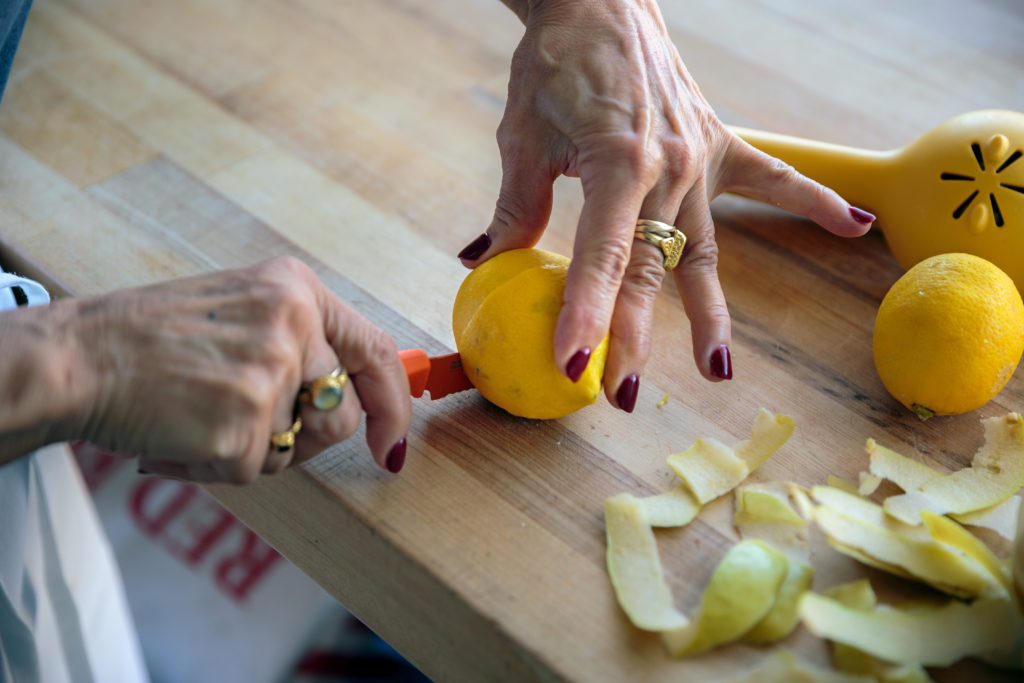 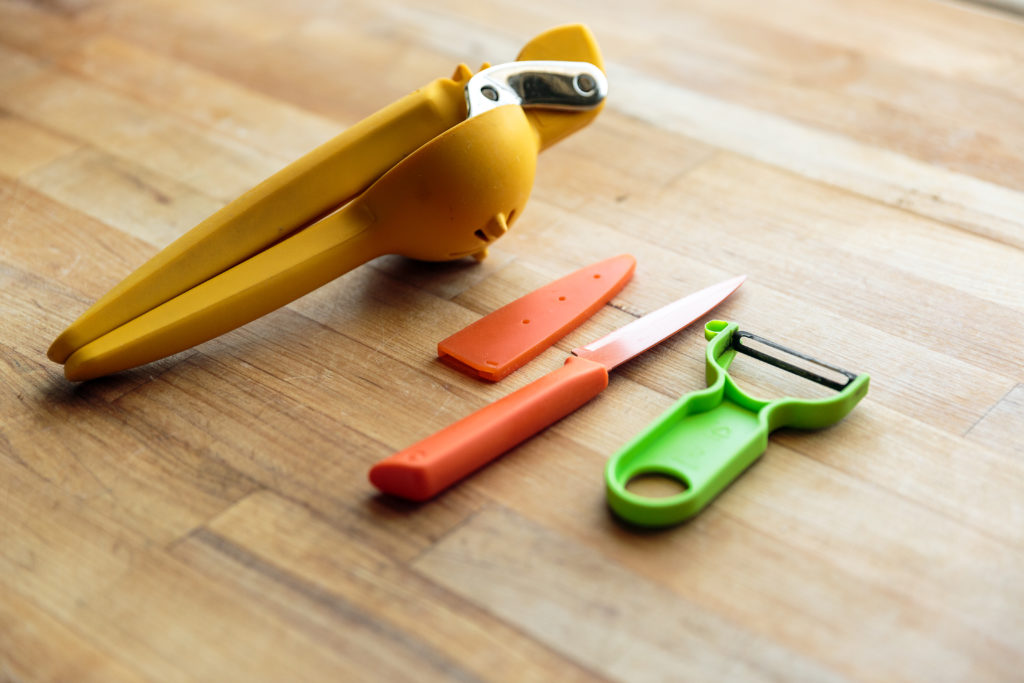 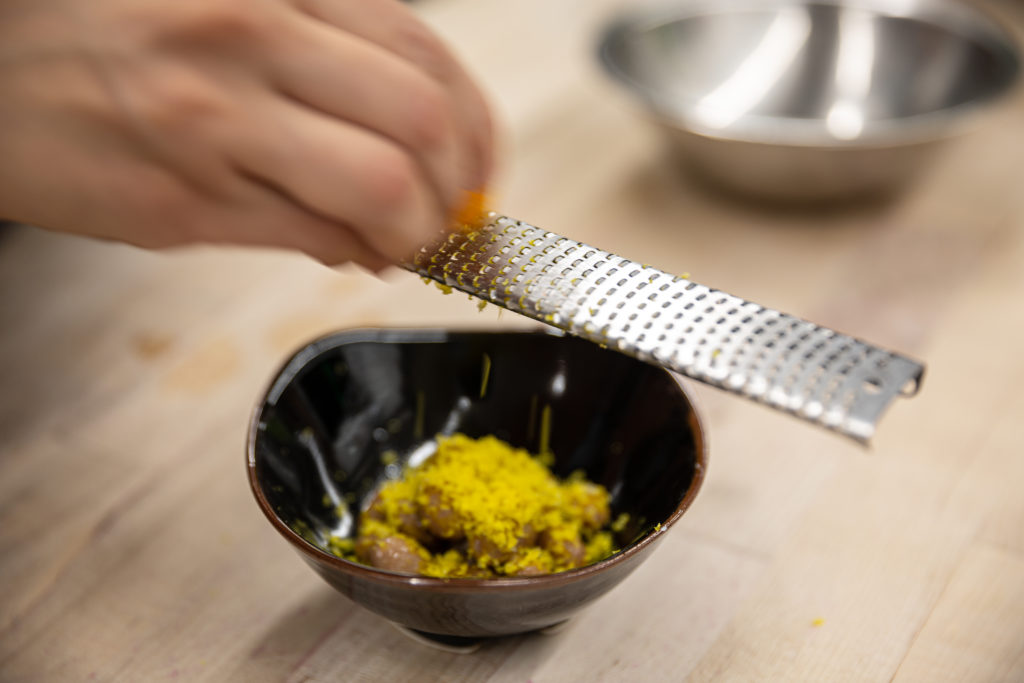 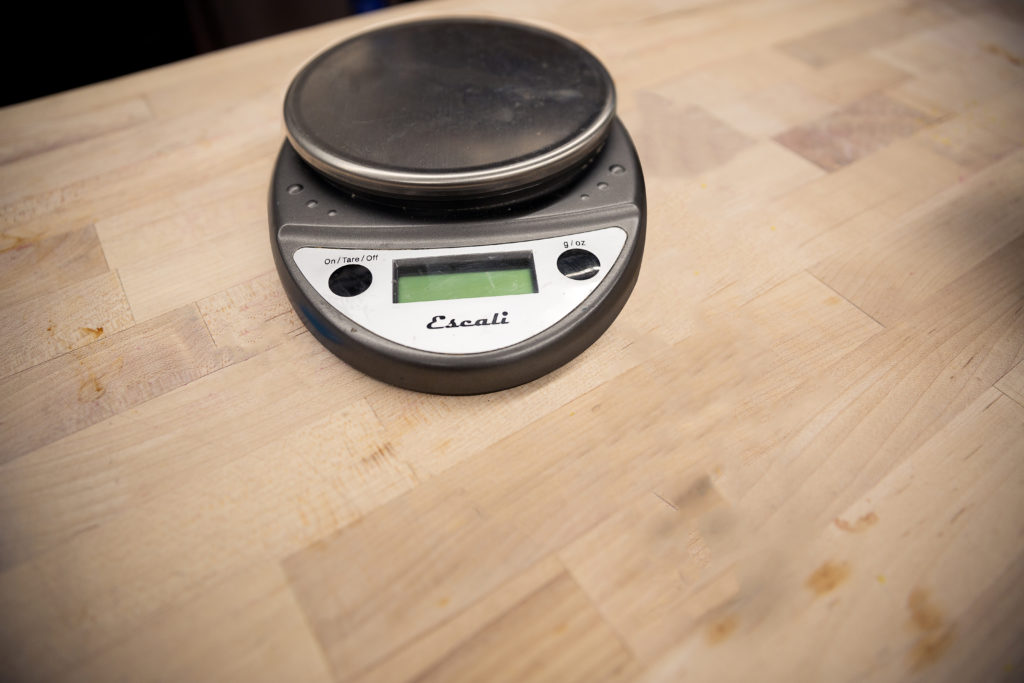 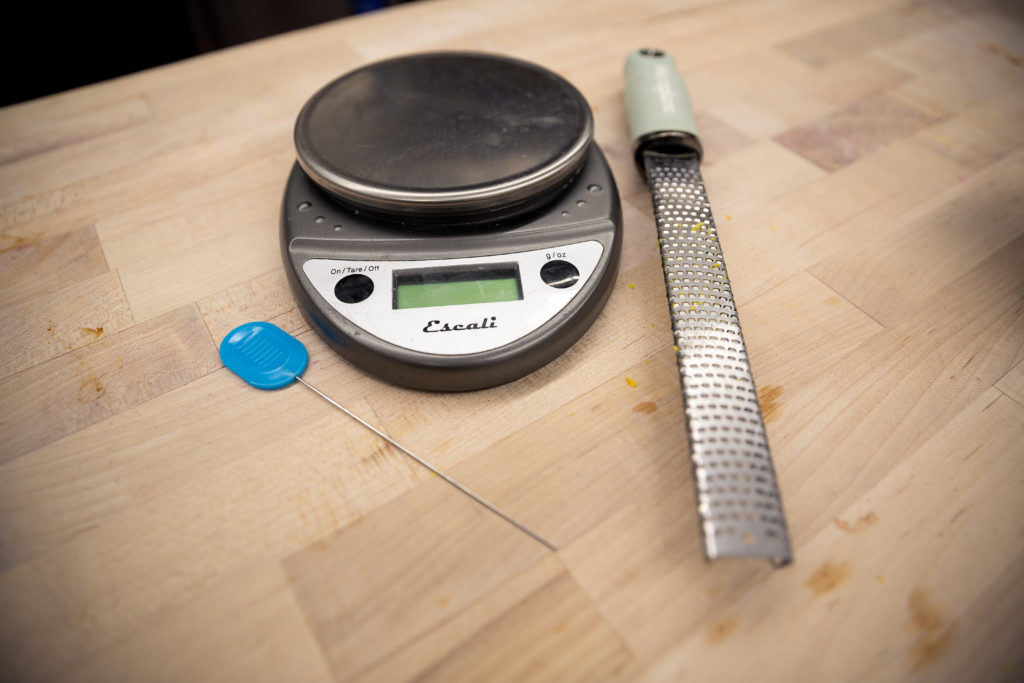 Though hes a native of Roosevelt Island, New York a small town tucked between Manhattan and Queens Marc-Henri Jean-Baptiste has become a citizen of the world. His chefs toque has taken him from Paris and Monte Carlo to Charleston, South Carolina, to Tennessees famed Blackberry Farm resort.

Born to a Haitian father and a mother from Bordeaux, it isnt surprising Jean-Baptiste became a traveler and chef. Every summer, he and his brother would be shipped off to France to spend time with their grandparents. By the time he was 10, he was cooking for his family.

Although he studied foreign affairs at the University of Virginia, Jean-Baptiste found the pace of the political process a little too glacial for his taste. Im into instant gratification, and cooking is faster than politics, he said. You cook and then you watch people enjoy your food.

While in training at Vermonts New England Culinary Institute, he was introduced to the West Coast through an internship in San Francisco and fell in love with the place. Later, he helped Blackberry Farm launch their charcuterie program, then cooked in high-end restaurants with two superstars of French cuisine: Daniel Boulud and Alain Ducasse.

Jean-Baptiste and his French wife, Maud, moved to Sonoma County in the spring of 2018 to open a charcuterie business, Maison Porcella, which sells delicious house-made pt, rillettes, and ham, and caters charcuterie platters for events. He also works as a butcher at Journeyman Meats in Healdsburg and as a culinary instructor at Sur La Table in Santa Rosa, where he specializes in pastry, French cooking, and knife skills classes.

On Christmas Eve or Le Rveillon, his family likes to celebrate with a big feast inspired by the French tradition: oysters, caviar, smoked salmon, a whole duck, and a traditional Bche de Nol.

Bench Scraper: You cant beat the simplicity of the bench scraper, a versatile implement that easily cuts bread dough, helps pick up sticky dough, and scoops up veggies. Its also good for scraping the cutting board clean, especially if its wood, said Jean-Baptiste.

Ceramic Salt Cellar: This handy periscope- shaped salt holder is closed off but easy to reach. You can also lift it up and pour it easily into boiling water, he said. I like to use coarse sea salt for boiling you need less of it.

Spiralizer: Similar to a mandoline, a spiralizer is safer to use for thinly sliced veggies. It cuts nice, thin vegetables like carrots, beets, and butternut squash.

Ever since she picked up a cookbook and started baking for her family as a young girl, pastry chef Jenny Malicki has loved to make and eat dessert.

About 15 years ago, Malicki set her sights on perfecting the art of pie, baking up the classic American dessert as the pastry chef at St. Rose and zazu restaurants in Sebastopol, then at The Spinster Sisters in Santa Rosa.

Currently, she pours her passion for the sweet kitchen into the fruit pies, cinnamon rolls, ranger cookies, chocolate cakes, flaky biscuits, and hamburger buns she bakes for Dierks Parkside and Dierks Midtown cafes in Santa Rosa.

Pie still remains the apple of her eye, though, a signature dish that challenges her to seek the Holy Grail of flavor: a golden, flaky crust and bright, fruit-forward filling, boosted by the acidity of lemon juice rather than extra sugar. They say easy as pie, she said. Its easy to eat it, but its not easy to bake.

Especially at the holidays, Malicki enjoys giving home-baked goods away to her friends in Sebastopol. For a while, nobody was baking from scratch anymore, she said. Its a special thing when somebody bakes something and brings it to you out of the blue.

As holiday gifts, she likes to bake up a stout gingerbread (yes, made with dark beer) in little loaf pans with a triple dose of ginger powdered, fresh, and candied and topped with crystallized sugar for added texture. The dessert was so popular at The Spinster Sisters, she said, that people started requesting the recipe.

Malicki always welcomes the feedback. At her baking kitchen tucked next to the front door at Dierks Parkside, people often poke their heads in to thank her for her baked goods.

Chefn FreshForce Citrus Juicer: This handheld juicer has a mechanism to increase pressing power. Its easy on your hands, because of the ratchet, she said. I use it every day, but I dont do huge quantities of juice, so for me, its perfect.

Kuhn Rikon Original Swiss Peeler:This, inexpensive Y-peeler has ultrasharp carbon-steel blades that can cut through even the toughest skins. Malicki also likes Kuhn Rikons serrated peeler, known as the Piranha, which doesnt slip even when peeling tomatoes or stone fruit.

Kuhn Rikon Nonstick Paring Knife:I use this little paring knife for everything, she said. Its good for coring apples and pears and even for chopping them.

On her fathers side, she has a grandmother from Palestine and a grandfather from Genoa, Italy. On her mothers side, Spanish, French, and Peruvian traditions mingle. Butron is also

a certified Ayurvedic practitioner and has traveled and cooked throughout India.

I grew up in a family where there is a lot of spices, she said. And my dads mother showed me preservation, because in the Middle East they carry a lot of this knowledge.

Butron studied at Le Cordon Bleu in Lima, Peru, then worked at high-end resort hotels across the globe, including the Four Seasons in Palm Beach and Maui.

After earning Level 1 and 2 certifications from the International Wine Guild, she ended up in Napa Valley, where she worked at Bardessono in Yountville and trained with Peter Granoff, owner of the Oxbow Cheese & Wine Merchant.

A few years ago, Butron was working as a private chef when she met Mike Emanuel, a Chez Panisse alum who serves as the estate chef at Stone Edge Farm Winery. The bubbly, 5-foot-2 Butron was asked to help cook a special dinner, then landed a full-time job.

At Edge, Butron recently launched a new dinner series called Sustaining Ourselves, which focuses on mindful cooking and eating with health-boosting spices, herbs, and other ingredients.

During the winter holidays, Butron loves to give spice blends as gifts to her family and friends. If she is in Peru, her family roasts a turkey for Christmas Eve and serves it with salads, veggies, and potato sides.

We like to have cocktails and wine at 11 p.m. or so, and then we share the Christmas dinner, explained Burton. The next day we have hot chocolate and panettone for breakfast. Panettone is a huge holiday staple in Peru.

Microplane Classic Zester/Grater: The sharp blades handle everything from cheese and egg yolk to citrus peel, jalapeo, and garlic. If you have a microplane, ginger becomes easy to use, she said. And whatever youre grating, it looks really good on a plate.

Cake Tester: This inexpensive tool tests doneness on cakes, potatoes, and more. You are not making a big hole into your veg, so youre preserving the integrity, she said. I also use it for steaks.

Kitchen Scale: A simple scale makes baking more precise and helps determine fermentation ratios. For percentages of salt, they are amazing, she said. I weigh the water and then weigh the salt.

Bram: After more than a decade on the Sonoma Plaza, this unique clay cookware business closed its doors in June and is transitioning to an online business. Owned by Egyptianborn Ashrf Almasri and his American wife, Shelly, the store gained fame over the years as the only shop in the U.S. specializing in clay cookware, ideal for slowcooking soups, stews, and chilis. In addition to custom pots from Egypt, Brams online store carries the black La Chamba clay pots from Colombia, tians from France, and cazuelas from Spain, among others. bramcookware.com.

Hardistys: The current Hardistys first opened in Santa Rosa in 1898 as the Continental Tea & Crockery Company. From Cuisinart food processors to KitchenAid mixers, you can find it here and also get it fixed at their factory-authorized service department. The company left the downtown in 1990 and opened in its current location in 2001, where they expanded to include kitchen gadgets, small appliances like the SodaStream home carbonation system, and gourmet coffees. 1513 Farmers Lane, Santa Rosa, 707-867-0827, hardistys.com.

I Leoni:Opened in 2004 by Nancy Leoni, this upscale kitchen and housewares store offers all kinds of dining and culinary essentials, from All-Clad pots and pans to OXO kitchen tools and Cuisinart food processors. Local shoppers know they can find a wide range of Le Creuset here, including enameled cast-iron and nonstick cookware, tea kettles, and rice cookers. The store also stocks fine linens and European tableware, including Juliska dinnerware and serving pieces. 120B Kentucky St., Petaluma, 707-762-9611, ileoni.com.

Plaza Gourmet: favorite among Wine Country cooks and tourists alike, this cozy but wellstocked kitchen shop on the south side of the Healdsburg Square offers top lines like Le Creuset and All-Clad as well as appliances, tools, and tasteful souvenirs such as aprons and locally made products. Perfect for hostess gifts: The Cheese Knife, one of the stores top sellers, which cuts through wheels of brie without sticking. 108 Matheson St., Healdsburg, 707-433-7116, healdsburgkitchenstore.com.

SHED Studio: Doug Lipton and Cindy Daniel closed their main Healdsburg retail shop at the end of 2018, but the SHED Studio remains open with much of the original stores high-end inventory. They also have an online shop featuring house-made pantry items like spices and shrubs, hard-to-find imported ingredients, and a wide range of dinnerware, cookware, knives, and linens. 105A West North St., 707- 421-7433, healdsburgshed.com.

Sign of the Bear: This landmark kitchen store operating on the west side of the Sonoma Plaza since 1992 is owned by Sonoma residents Stephen and Laura Havlek, who are known for their inspirational customer service. The 2,000-square-foot space is stocked from floor to ceiling with a wide variety of gifts and necessities, from quality knives and tools to fun dish towels and locally made goods. It has everything you need and everything you dont yet know you need. 435 First St. W., Sonoma, 707-996-3722.

Williams Sonoma: Chuck Williams bought a small hardware shop in sleepy Sonoma back in 1956, which grew into a national chain. In 2014, the retail company decided to reopen a kitchen store in Williams original location on Broadway in Sonoma as a tribute to their beloved founder, who died in 2015 at age 100. The kitchen and home store, which displays a small exhibit of Williams cookware collection, also offers cooking classes and a home design services. 605 Broadway, Sonoma, 707-939-8974, williams-sonoma.com.

The post Three of Sonomas Best Chefs Share Their Favorite Gifts Plus Where to Shop appeared first on Sonoma Magazine.