Skip to content
Last year at this time we had a toddler on our hands who was wearing diapers, sleeping in a crib and loving on his pacifiers. Fast forward one year and Ryder is now a little kid and I cannot even handle all of the changes our little dude has been through since his last birthday. 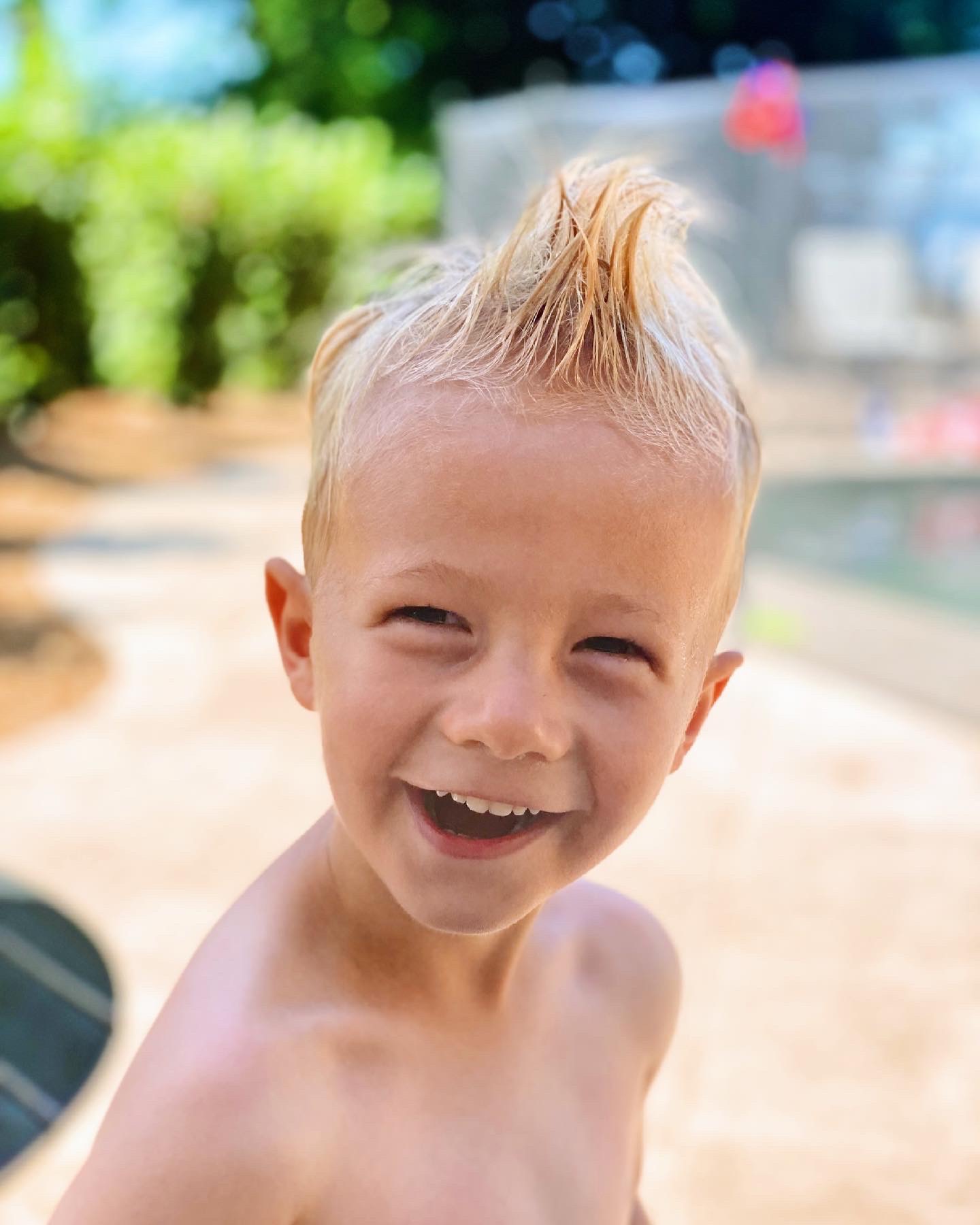 He is potty trained, sleeping in a big boy bunk bed, pacifier-free and full of the most intense emotions that range from the sweetest tenderness toward his baby brother to tearful anger over very important things like forgetting his “special rock” in the car. Ryder’s vocabulary has sky-rocketed and he talks a mile a minute, often repeating everything big brother Chase says on a 0.5 second delay. He doesn’t have an “inside voice” and everything comes out in his adorable husky yell. 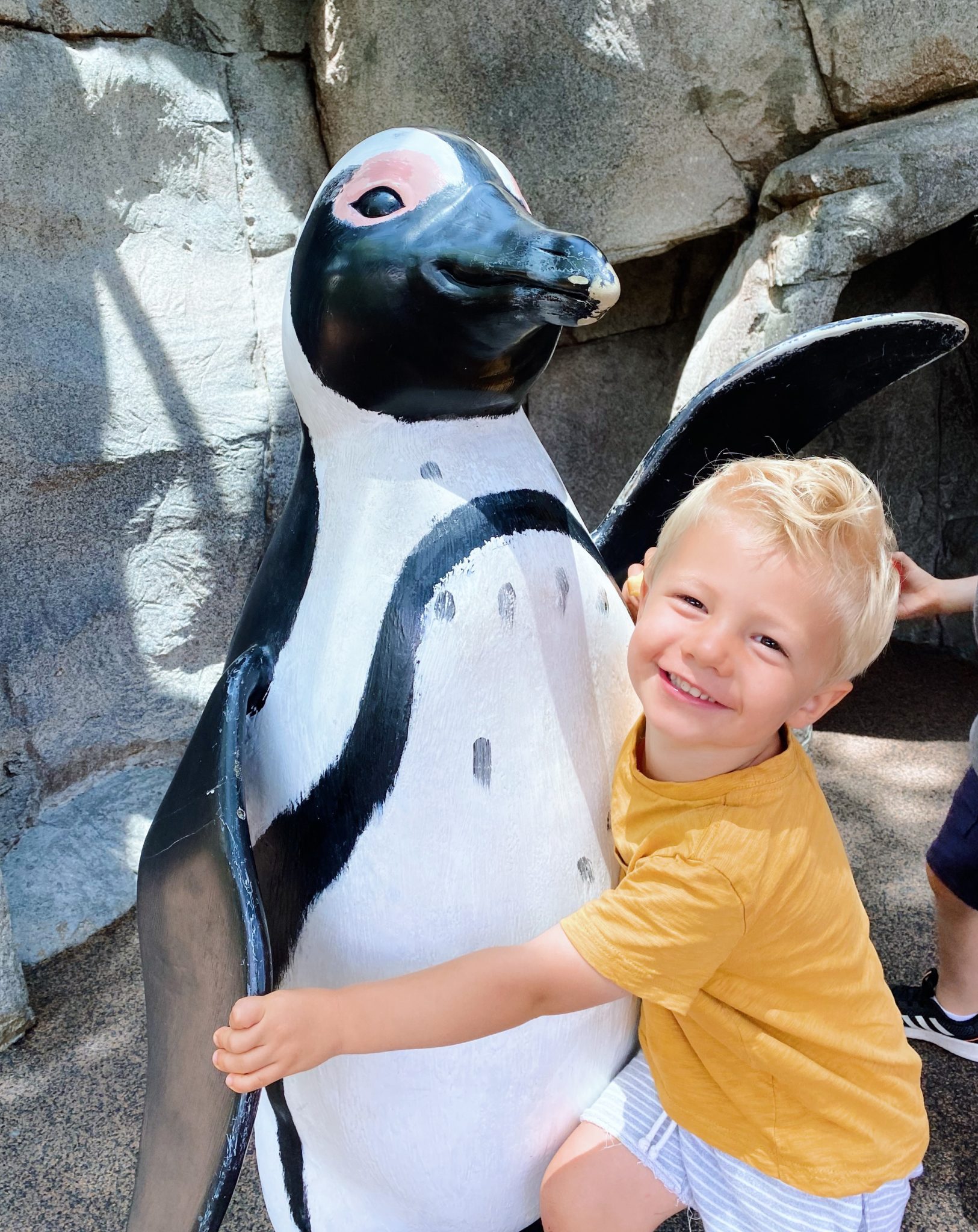 There’s always been something so special about this kid and I love scooping him up and hearing his throaty laughter fill the room whenever we play. Ryder is full of adventure and is always up for trying new things that seem well beyond his capabilities. I pray his confidence lasts forever and his “aggressive tenderness” stays with him always. 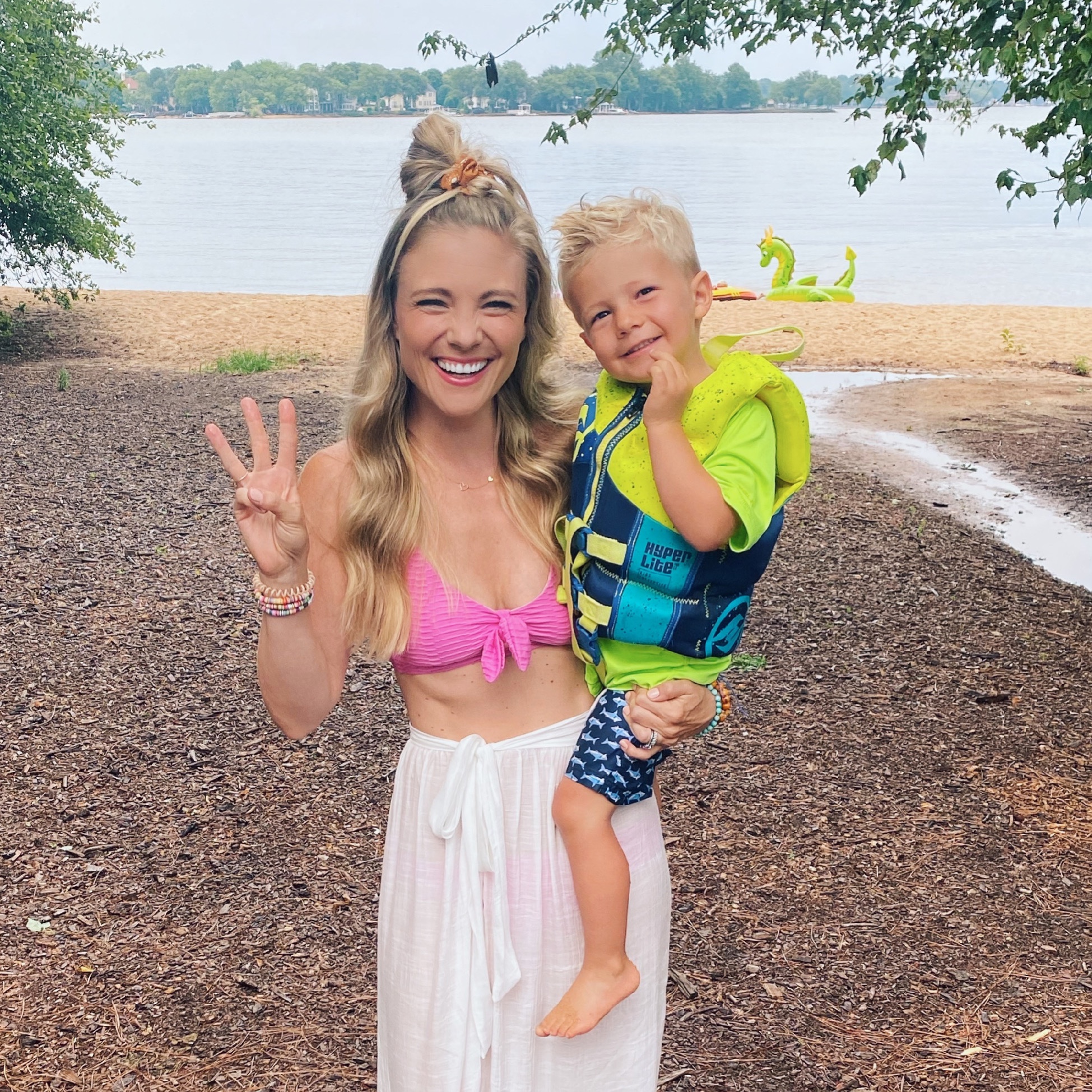 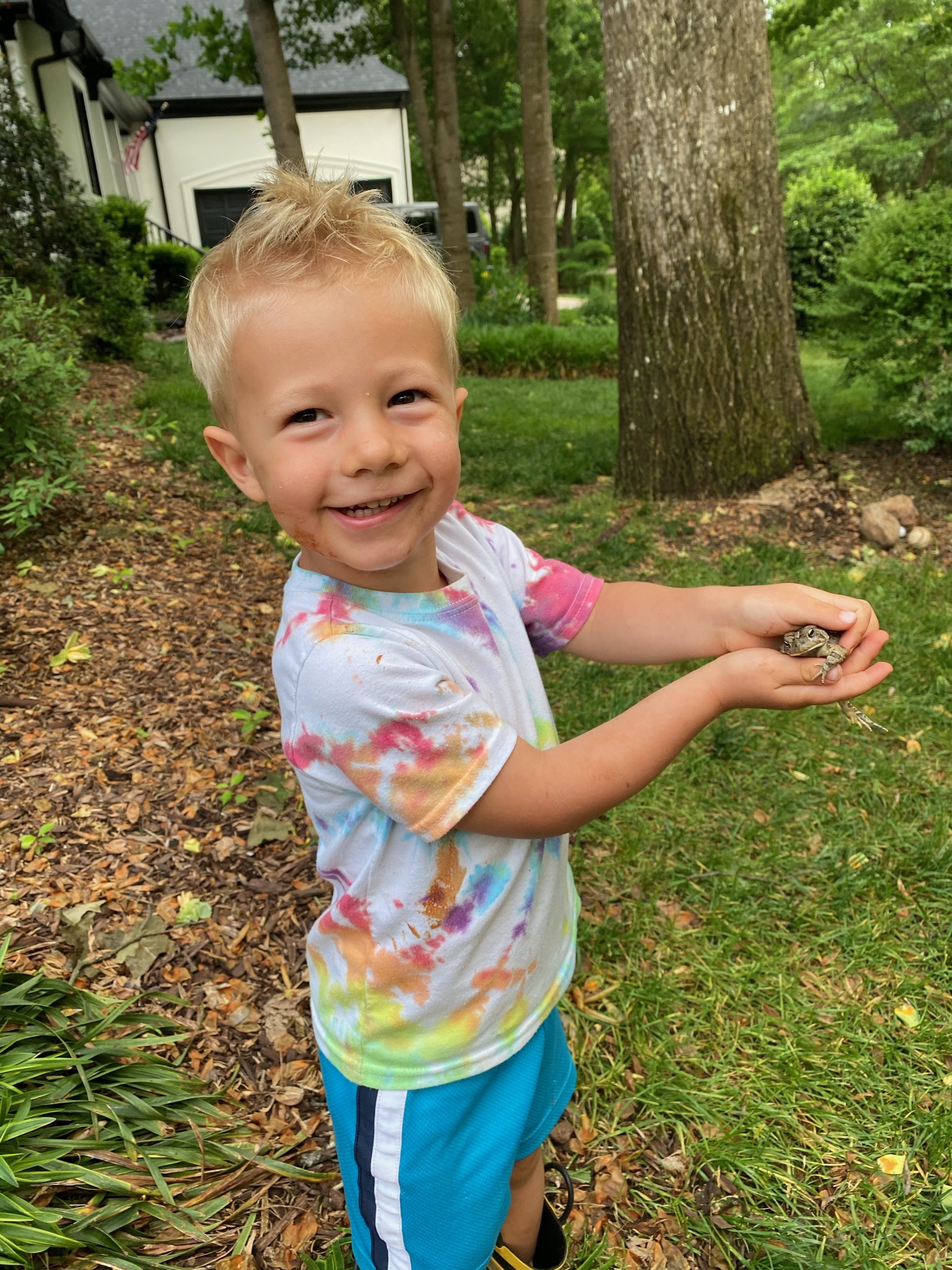 Ryder’s favorite question is “why?” and even though he rarely seems satisfied with our answers to his questions, I love his curiosity and wonder for our world. He’s physical and excitable and so determined. This kid is Mr. I’ll Do It Myself and shrugs off any offers for help until he’s so frustrated that big emotions overflow. 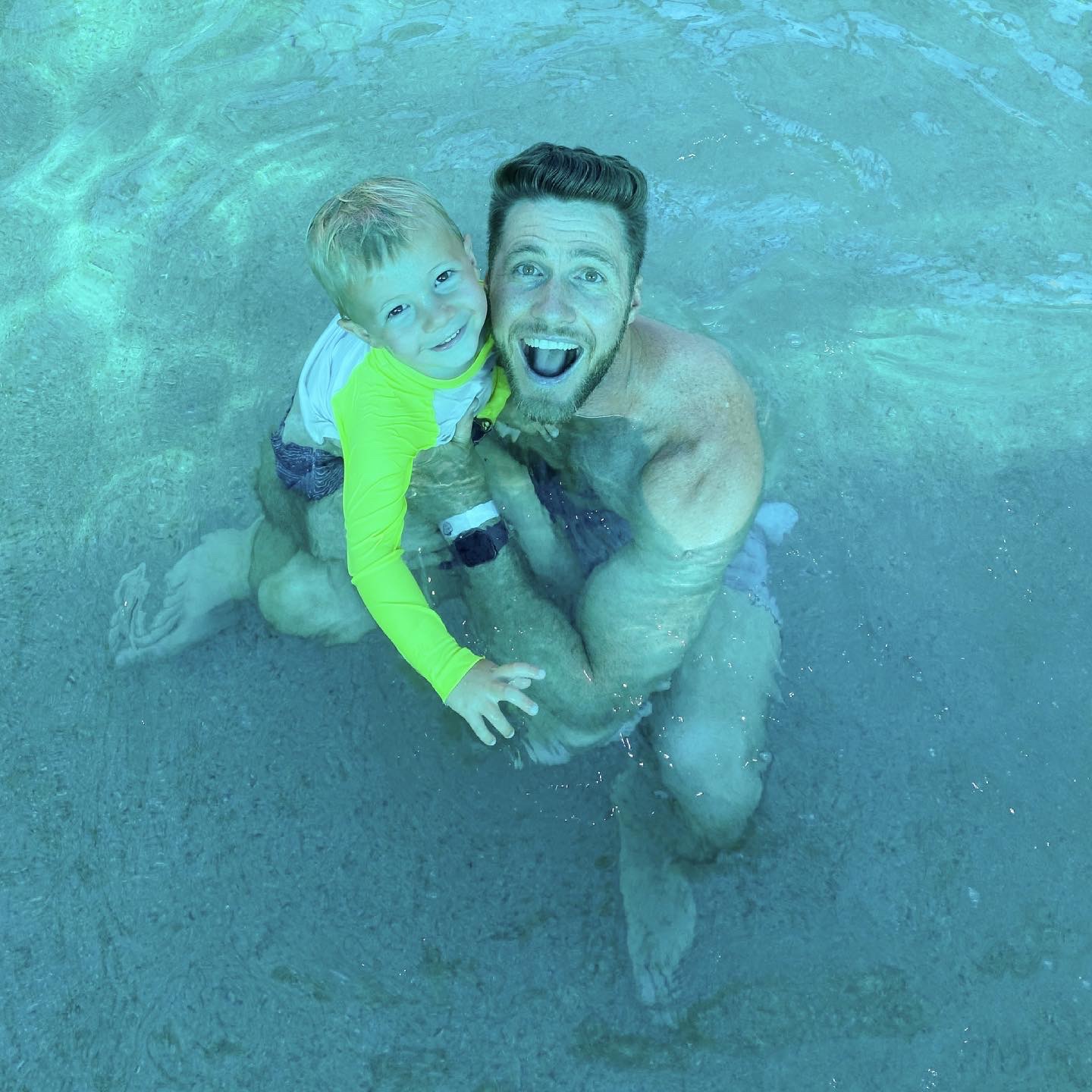 Ryder loves his friends and playtime but seems to need a break from social situations after a while to check in with Mom for a snack or a little love. This little reset doesn’t last too long before he’s off sprinting right back into the action. 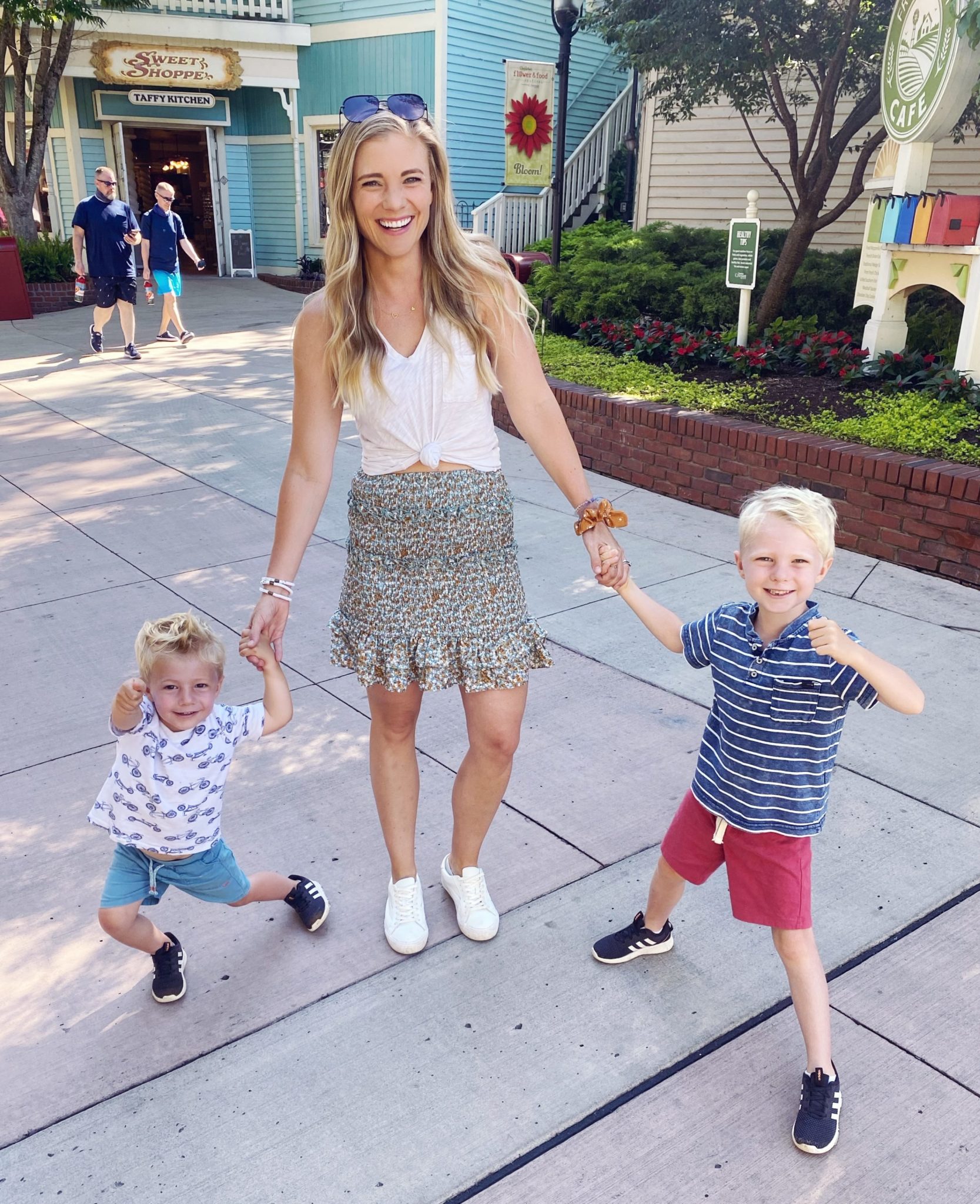 Ryan and I joke that Ryder is our kid who never sleeps. Even as a baby, we’d laugh because it felt like whenever we looked at the baby monitor, he’d be there, staring back at us, happily chillin’ in his crib. Go to sleep, you crazy kid! 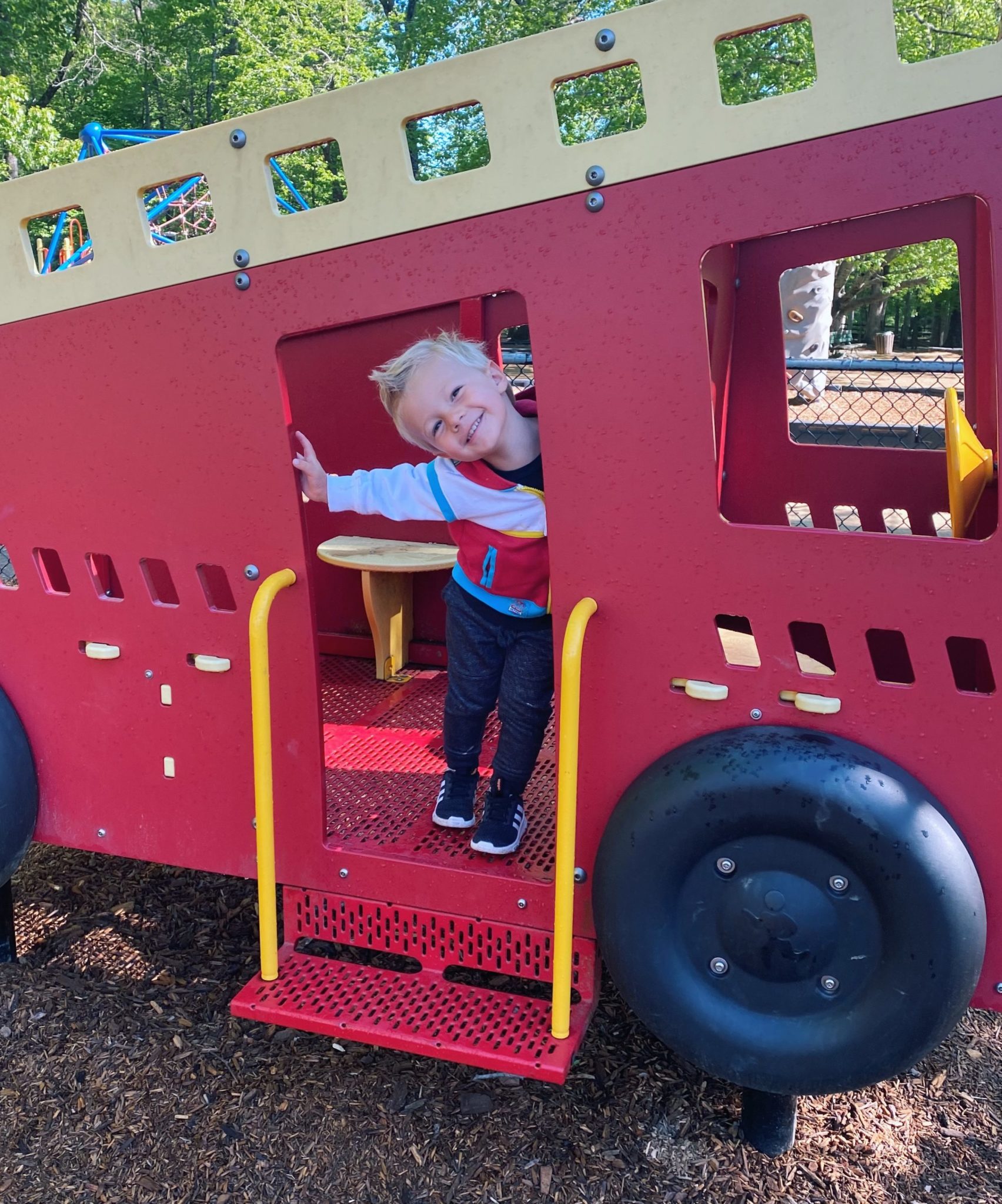 Fast forward a couple of years and Ryder is still our early riser. This wasn’t a big deal when he was in his own room because he was content to stay in his crib for a while but now that he’s bunked up with Chase, when he wakes up, he yells out for his big brother, turns off the noise machine and throws open the blinds. As Chase says, “Ryder is an early bird.” 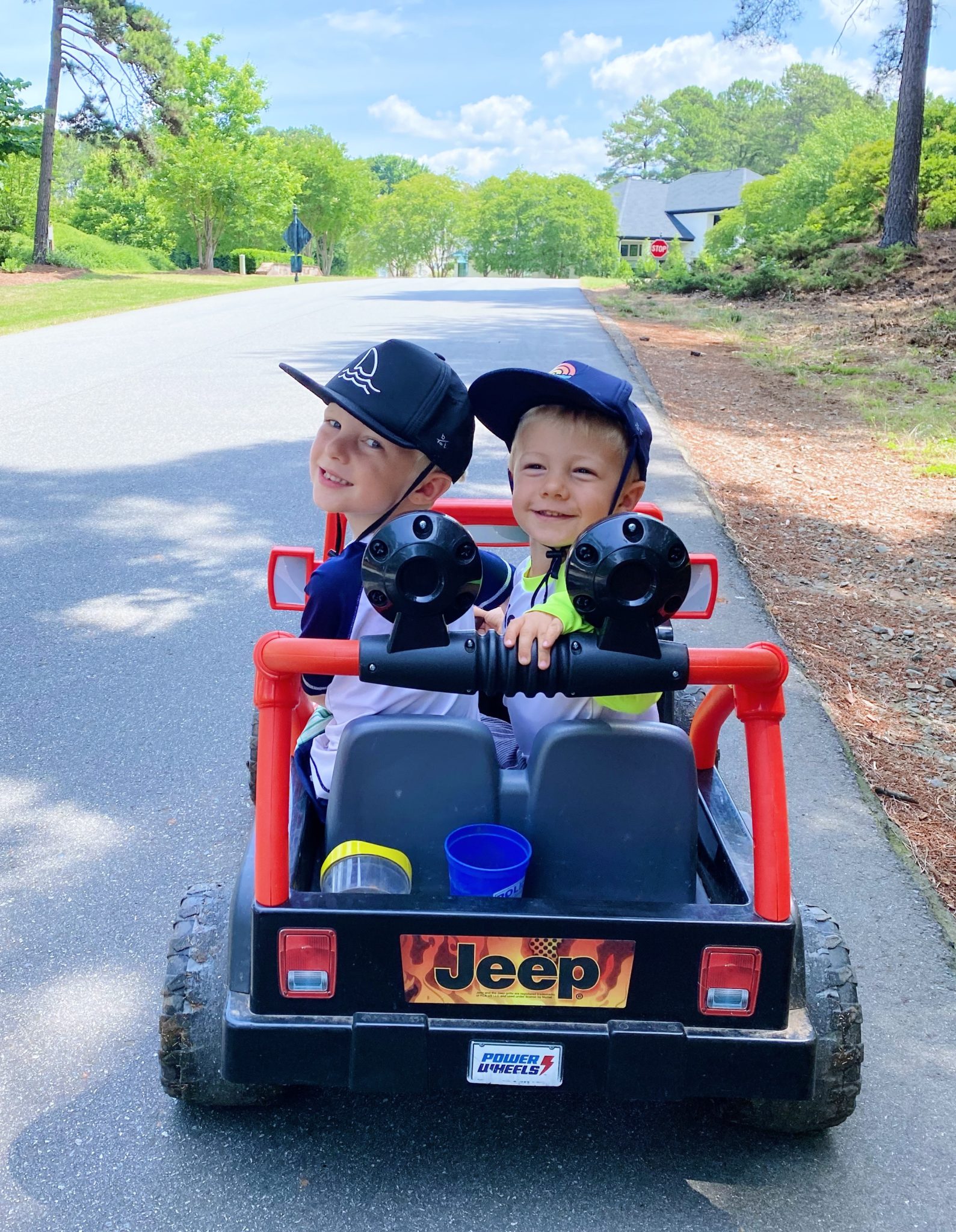 As for nighttime, Ryder will often fall asleep easily on days when he doesn’t nap but if he naps, he and Chase will talk and sing and chat away in their beds until eventually one of them tires out.

Ryder has so much energy and happily powers through without a nap for several days until it’s so glaringly obvious he needs one and then he’ll sleep for 2-3 hours in the afternoon. He typically takes three(ish) naps a week and, to be honest, we all like nap-free Ryder better because he often wakes up so, so cranky from his afternoon nap. Oddly enough, if Ryan or I get him up from his nap, he’s much more likely to cry and be fussy for a whiiile whereas if Chase gets him up, he’s more likely to rally and go into play mode. Thank goodness for that big brother charm!

Ryder is our little snack machine! If I ever ask the boys if they’re hungry and want a snack when we’re out and about, you better believe Ryder will drop whatever he’s doing and sprint over to me for something to eat. Snacktime favorites include apples, cashews, oranges, bananas, string cheese, Simple Mills almond flour crackers, raisins, whole wheat pumpkin muffins, The New Primal turkey sticks and chocolate chip cookie dough larabars. 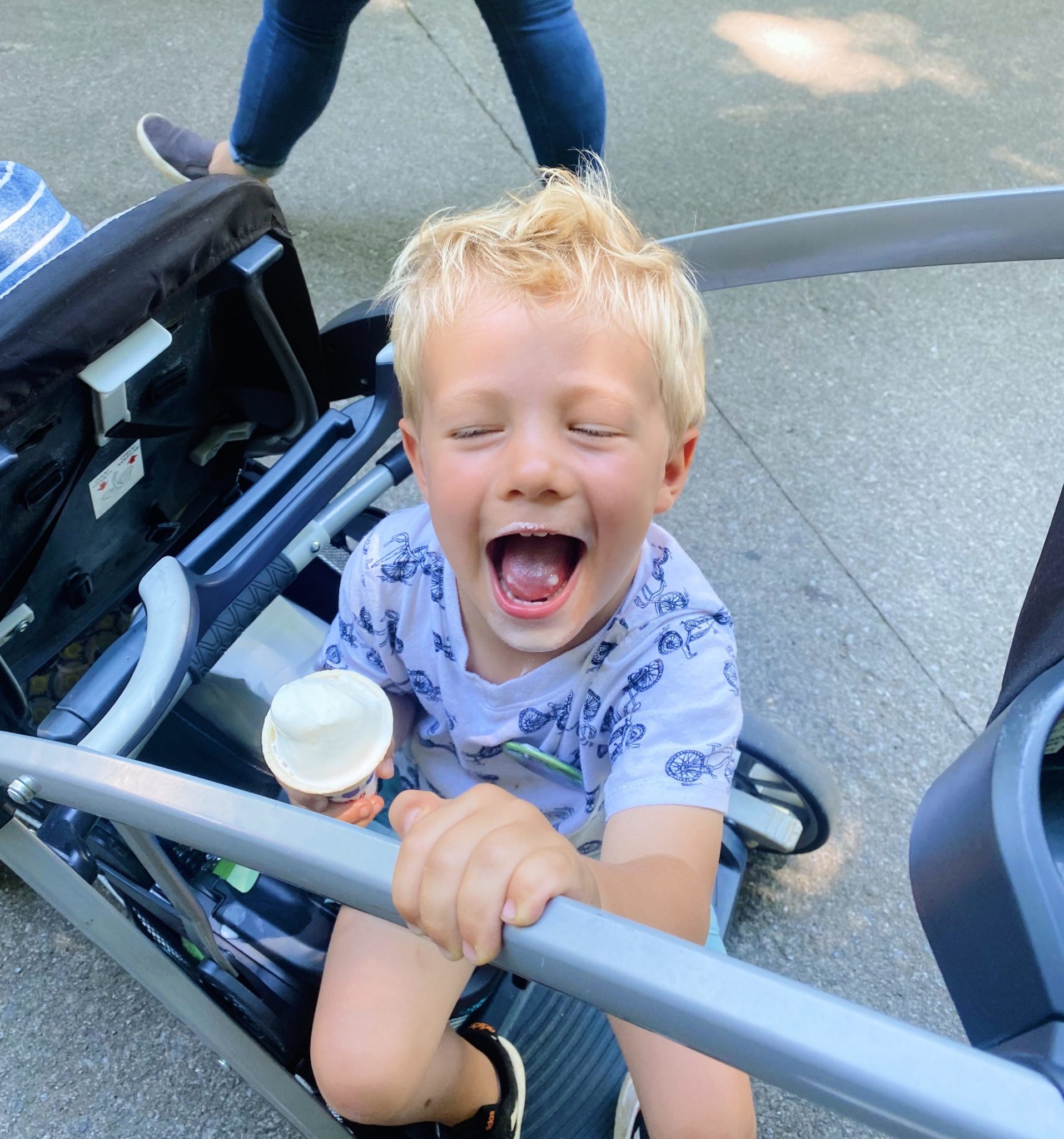 This isn’t my first rodeo with a three-year-old but man oh man I almost forgot how intense three-year-old emotions can be sometimes. Ryder loves hard, plays hard and feels things very fiercely which can be wonderful and frustrating and completely exhausting. He loooves the word “NO!” and will sometimes look us straight in the eye when we tell him why something is not okay and smile. Like what in the world is going on in your wild little brain, buddy!? 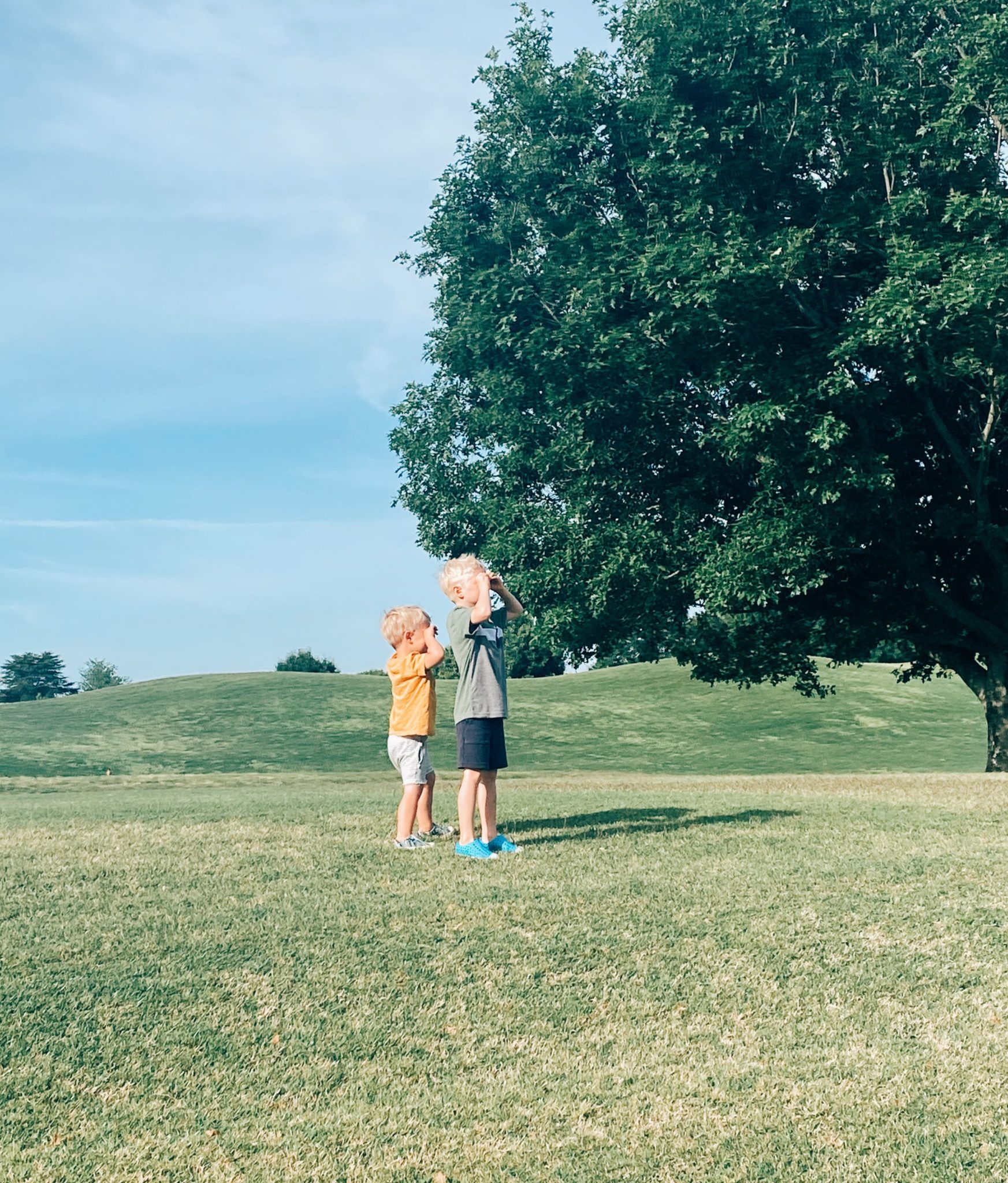 The whole sibling dynamic is one of our biggest challenges and that’s coming from a mom who would also say that the relationship Chase and Ryder have is next-level amazing. They are each other’s best friends and the best playmates and genuinely enjoy being together but man oh man we have some brother battles in this house that drive me insane, too. It often stems from Ryder deciding he wants whatever toy Chase is playing with (or sometimes vice versa) and navigating these battles multiple times a day some days is a lot. Thankfully as Ryder gets older, they’re more easily able to work together to figure out solutions but most of this comes from Chase leading the way (5-year-old perks) and Ryder hopping on board the plan. 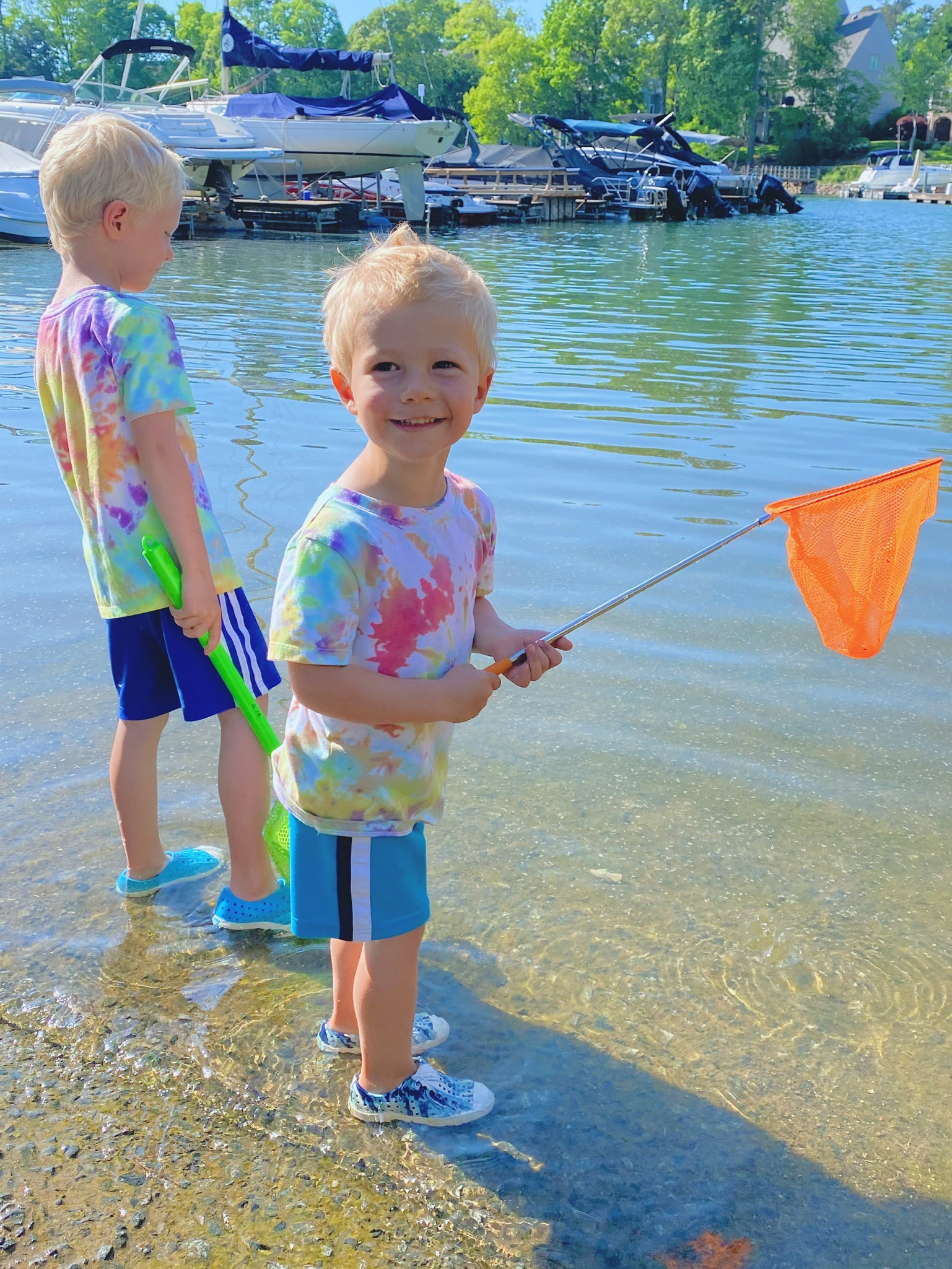 Though Ryder’s primary interactions at this point are with his big brother since they run around and play together all day long, he absolutely loves his baby brother, too. Ryan and I coined the term “aggressive sweetness” to describe Ryder with Rhett because he loves him so much and wants to hold him, play with him and bring him along on his adventures in an a way that’s equal parts loving and overbearing.

Ryder prefers to communicate with Rhett face-to-face — or rather nose-to-nose — and we’re trying to help him to understand that Rhett likes to choose how close he comes to people and enjoys the freedom to crawl around, explore on his own and choose his own toys rather than have people or toys thrust in his face. Ryder’s interactions with Rhett so clearly come from a place of love — he’s the first one to run to grab Rhett’s pacifier when he cries — but helping him show his love in a gentle way that doesn’t feel overwhelming to a 9-month-old is something we’re working on with him on a daily basis. Thankfully Rhett is a cool little baby who wants to be in the mix of brother craziness and the minute Ryder or Chase walk away from him, he’s off army crawling after them! 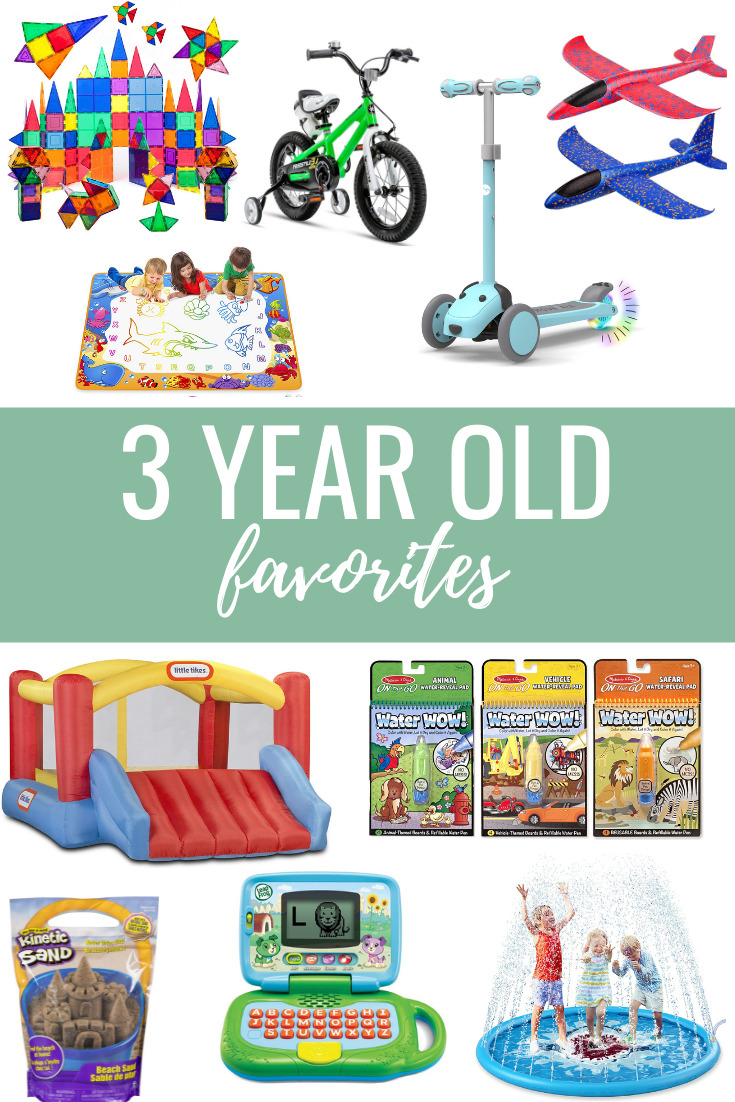