Skip to content
This week was the first week of the summer holidays - woohoo ! It was lovely just to chill out and stop rushing around at work. I ended up rushing around at home all week instead, but at least it was less stressful ! My plan for this week was sorting out Pierre's room. He's just about to turn 11 and the last time we had a big sort-out must have been about 6 years ago. He still had all his old toddler toys cluttering up the cupboards so it was definitely time for a dejunk ! We have got SO MANY bin bags full of stuff to get rid of now ! We took about six bin bags full of good condition toddler toys to our local toy shop charity bin and there are just as many bags of rubbish (toys with bits missing, stained clothes, old school books, ...) to get rid of again. On top of that, we've been planning an upcoming trip to Belgium. It's a bit of a comedown after our initial planned trip to the Dominican Republic, but it's the best we can do at the moment ! 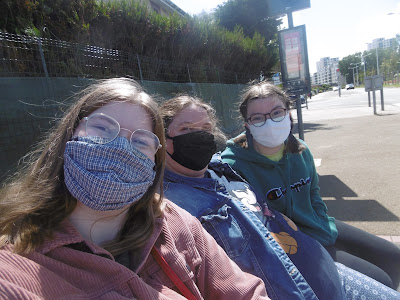 Sunday 5th July - It was a lovely sunny day so we all went off for a ride on the bus and headed to the beach. The whole bus network is free in Dunkirk - this was introduced a couple of years ago - and it's brilliant for us, as I don't drive. I was a bit worried about us getting a weird sun tan around our masks but never mind, we don't have a lot of choice ! 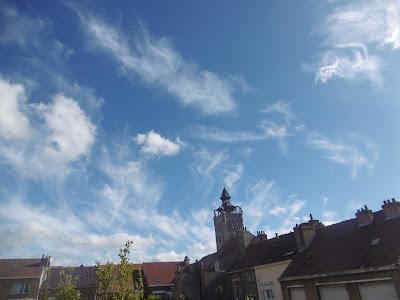 Monday - We (me and Sophie and a little bit Pierre !) spent all day dejunking Pierre's room. We knew it was going to be a big job and, despite filling bags with rubbish and unwanted stuff, you couldn't really see any difference at the end of the day. There were some weird cloud formations today. Strange zigzaggy ones at the bottom and fluffy ones at the top. The one in the top right corner looked almost like an evil monster screaming at the other clouds ! 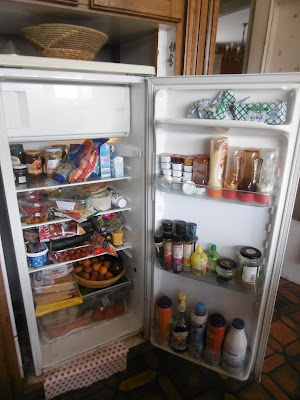 Tuesday - Another day taking on Pierre's room. It started looking a lot better, as we removed all the bin bags and dropped off the toys at the local toy store, but then we emptied out the cupboard and the storage units at the end of the bed and it all started looking as bad as when we started again ! Time for the weekly shop - I usually go on Saturdays but, as we still had lots of food to use up and I wasn't working, we put it off for a couple of days. Sophie totally reorganised the fridge, which made me laugh. I'm sure she's a bit OCD at times ! 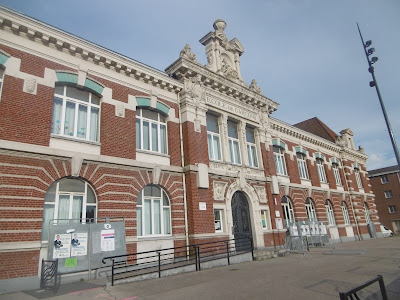 Wednesday - Yep, you've guessed it ... another day clearing out Pierre's room. Having emptied out his wardrobe (which was basically full of toddler toys), this gave us more room for actually putting things away, so we could finally see a big difference. We finished off by taking Didou for a walk and I took a photo of Pierre's school as we walked past it for old time's sake. All three of the kids went here and now, that page of our lives is turning over. 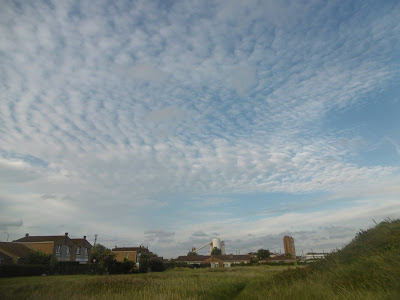 Thursday - Today, I FINALLY had an appointment at the sollicitor's, to sort out Madhouse Daddy's inheritance. As discussed last time, I have to put €5000 in an account for each of the kids. (Well, for Juliette and Pierre anyway, as Sophie is over 18 so she can "fight her own corner", according to the sollicitor. I'll do the same for her though.) That was all that was arranged last time though. I don't know what I was expecting really, but I literally had about ten documents to sign and that was it. I wasn't even sure where the money for this was coming from - some people at work were absolutely 100% sure that Madhouse Daddy's money (from the bank accounts in his name) would have been blocked at his death and that this money would then be shared out between us - but there was no mention of any funds at all, so I just have to make the arrangements from the money at the bank then provide proof to the Children's Judge. It all seems to impersonal and controlling. I know some families maybe need to be forced to give money to their kids, but when you're already putting money aside for them and doing the best you can, it all seems a bit OTT. Oh well, at least the money is in my savings account. What would we have done if there was nothing there ?! We went out for a big walk with the dog again, to clear my head. The clouds seemed to be passing on a message that everything was OK and not to worry. 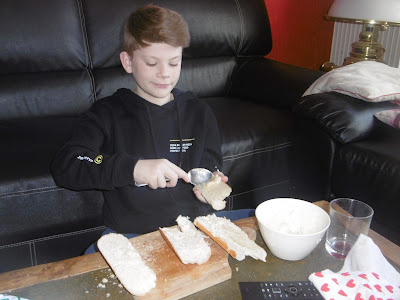 Friday - After a couple of hours tidying up in Pierre's room, I made lunch then felt strangely exhausted so I went to lay down for a little while. When I woke up TWO HOURS LATER (!!), Pierre had finished everything - tidied up, set up his PS4 and was happily playing Fortnite with his friends. Well, it's not totally finished - it still needs another good hoover and there is still one toy box and one cupboard to dejunk, but it is looking a lot better and has a lot more space in it, so I'll come back to it ! This week, Pierre has learnt how to make garlic bread. He watched me making it at the start of the week, to use up the end of a baguette, and couldn't believe how simple it was. He's made it almost every day since as an afternoon snack and is excited about having this as a quick lunch when he's home alone for lunch as from next year ! 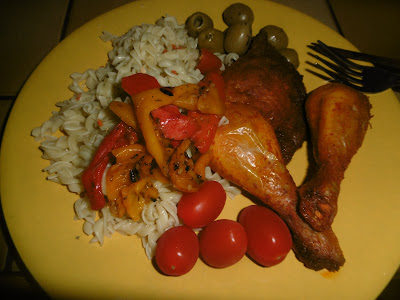 Saturday - We spent ages going through lists of things to visit in Belgium and looking up any special arrangements due to Coronavirus. Apart from having to book visiting times for most of the attractions, even the free ones, it all looks quite doable actually. I decided I'd rather stick with cheap hotels than go with our original plan of using Airbnb, as it should all be disinfected regularly at least. We've decided to go to Brussels, Antwerp, Gent and Brugges. I love the fact that our fridge is full of extra veggies now that Sophie is back home. For lunch, we had chicken, pasta and, for those who wanted them, olives, cherry tomatoes and marinated peppers. Hmmm !
You are invited to the Inlinkz link party!
Click here to enter
Share Share on Facebook Tweet Tweet on Twitter Pin it Pin on Pinterest