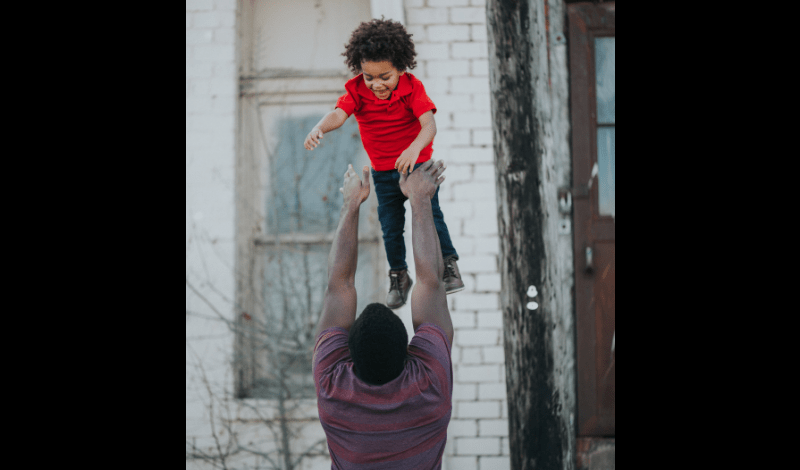 Foster care is the world’s slowest roller coaster in the best of times.

We can all agree these are not the best of times.

Quarantine has not — shockingly — changed this. If every court date in The Before Times seemed to dangle an ending like some kind of carrot, everything in The Terrible Now is paused, all the players in a horror film Freeze Tag, frozen until someone — the judge, the virus — tags us free. What was a slow roller coaster going for me and my husband since 2017 when our foster son arrived in our home has ground to a shuddering halt at the tip top of the coaster track. We sit, holding our breath, waiting for the drop that doesn’t come.

But there is this crooning lullaby of a thing — a lilting voice inside my head, her words like honey, dripping with my deepest desires. A dove, she coos, All this time that’s being added, these Zoom visitations which for a three year old child are akin to a preposterous show he would like to turn off so he can go back to watching Toy Story, rather than a meaningful connection with family — you could argue that through no fault of your own, this time has added agonizing delay to this child’s life during a critical period in childhood development.

You should lawyer up. Get this case moving again. People are getting married and divorced over Zoom! Why not this? It has been long enough. Too long. And what’s more: you could win. Time could be on your side, for once. Time could be on his.

The voice is like a mother’s hand to a cheek, a soft caress. You have the power in your hands if you want to try and make him yours forever. To halt the coming train that was rattling down the tracks of pain, of loss. Look.

She beckons and in my mind, I look down.

I hold in my hands a spear.

This is a power cold enough to freeze each of your eyelashes one by one, a power as delicate as sugar lace. Were I to wield it, she’s right. I might win.

I turn to my husband, tell him, We could win, couldn’t we? Should I email this lawyer? My friends are urging me again…

No, he reminds me. This isn’t a contest we’re participating in. That’s what we said at the beginning, back when it was easy; we can’t crumble now that it’s hard.

I nod. I remember the conversations we had a year into foster parenting this little boy, then two. But he’s right. It isn’t about who would win. It’s about participating, about trying to place a finger on the scale at all.

Which is why I am laying my spear — my bow-knife-bomb-power — down.

If you’re a foster parent, or foster parent adjacent, let me urge you why you, too, should refrain from lawyering up in the time of COVID. There is a vast army of foster and adoptive parents surely sharpening their spears for me as I say that. Let me explain.

In her book They Were Her Property: White Women as Slave Owners in the American South, author Stephanie E. Jones-Rogers writes that “white women embraced their role [as part of the slave-owning community], assumed positions of power over slaves within and outside their households, and challenged anyone who attempted to infringe upon that power. And local, state, and federal courts recognized, upheld, and protected them when they did so.” To be a white foster mother and father in the south is to live remembering that our power has historically been at the expense of Black people. White women like us have historically gotten the better end of the deal when dealing with systems in the south.

What use is power if it is wielded only to prevent our own heartbreak while simultaneously causing more pain, like so many terrible dominoes? To say that adoption from foster care would not be its own form of trauma — if not now, then a pain to be reckoned with someday — is to deny the complicated truth that adoption begins with loss; for a child, for a mother, for a father, for a family. To use the tragedy of foster care coupled with quarantine for our own heart’s desire would be a great audition for the role of the villains in this play. And oh, the play has been running for so long.

I think of “Ashley’s Sack”, a 9-year-old slave girl’s embroidered cotton sack gifted to her by her mother before being separated before being sold. It is currently on loan at the Smithsonian’s National Museum of African American History and Culture.

mother of Ashley gave her this sack when

she was sold at age 9 in South Carolina

it held a tattered dress 3 handfulls of

pecans a braid of Roses hair. Told her

It be filled with my Love always

she never saw her again

Ashley is my grandmother

Would my foster son’s father pack a bag of small gifts before the final adoption hearing if I won? Hell, would he need to say goodbye over Zoom, with hopes of reuniting someday, the When This is All Over future? What would my foster son’s cotton sack contain? Would it be filled with his family’s love, always?

What right do we have, as white parents to a Black southern child who has the chance to be with his family of origin? To go where he is owed a place, a place history would deny him, his father, his aunt, his grandmother. A place where he can look around the dinner table and see his father’s eyes reflected in his. Not his foster father, however loving, but his biological father, a man who to write off as Not As Good As His Foster Father would be to deny his humanity, his fatherhood, and the goodness that resides in him and in his son.

It is complex, and then not complex at all.

My heart still breaks, though. Somewhere between the first tooth and first birthday we became a family, knit together through good days and bad, through temper tantrums and toddler dance parties. Going through quarantine has been a trial, but one filled with love, too, and laughter, and way, way too much Kraft mac and cheese. I see him echo my husband’s way of speaking, of the look he gets in his eye when he plays an instrument with joy. I see the way our daughter adores him. Our family is what’s keeping us both sane and insane, all at once, right now.

That’s what family is all about, Charlie Brown.

So for now, after so many firsts — tooth, birthday, haircut, creamsicle — I am looking at the last things, wondering:

When will he bang on his foster father’s drumset for the last time?

What will be the last bedtime story?

The last cuddle in the rocking chair?

You could win, the power whispers.

I pick up the spear, glinting bright white in the sunlight.

Run my fingers along its cold edge.

It is so heavy.

But there is a father out there waiting. He has my foster son’s eyes. And he and his son deserve a chance.

This post was previously published on Equality Includes You and is republished here with permission from the author.
—

If you believe in the work we are doing here at The Good Men Project and want to join our calls on a regular basis, please join us as a Premium Member, today.

All Premium Members get to view The Good Men Project with NO ADS.

Need more info? A complete list of benefits is here.

Talk to you soon.

The post My Foster Son Deserves to Be With His Father, Even If COVID-19 Makes His Case Take Longer appeared first on The Good Men Project.